For US Manufacturing, Virtual Reality and Augmented Reality is Here to Stay 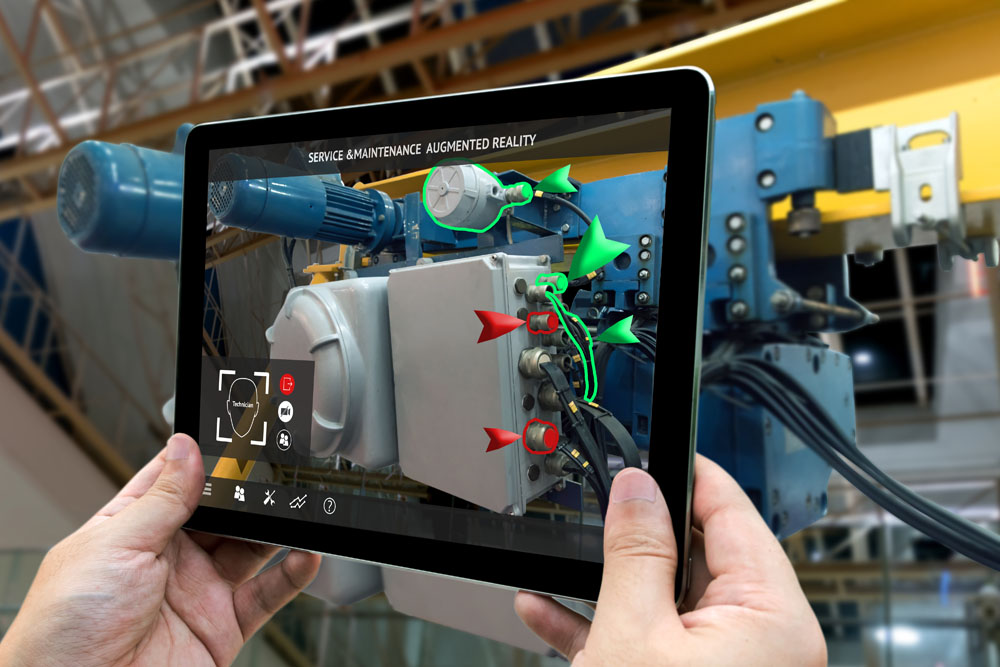 For US Manufacturing, Virtual Reality and Augmented Reality is Here to Stay.

Whenever I’m asked to speak at a high school or provide training to aspiring simulation developers; I often ask them to describe ways that AR and VR technology is being used today.I often receive some interesting responses. I’ve had several people refer to Pokémon Go whenever they describe how AR is used. When it comes to VR; it’s usually associated with cool video games. It’s no surprise that when people think of AR and VR; they associate it with being a form of entertainment. Entertainment is just one of many ways that the technology is being used.AR and VR has the potential to become a huge asset to industries such as manufacturing.

Statistics show that the manufacturing industry is experiencing a major worker shortage due to the lack of skilled workers. It has been predicted that by the year 2025, there will be 2 million positions that are unfilled. The worker shortage is a huge problem that exists within the manufacturing industry. A restrained and scarce workforce makes it difficult to provide proper training and job shadowing. Although training is important, meeting production deadlines are critical to the company’s operations and revenue; therefore, key employees can’t run the risk of leaving their job to provide shadowing to new hires. There are several ways that AR and VR can benefit the manufacturing industry in this area. AR and VR allows workers to train at their own pace. Instead of relying on a physical trainer; the technology has the capability to guide trainees through a series of critical tasks while providing support as they navigate their work environment virtually.

Companies such as BMW has developed an AR and VR-based training system to improve the work of assembly line employees, customer service agents, human resources managers, and safety control officers.Reducing maintenance costs is another benefit to the manufacturing industry. AR and VR addresses one of the biggest maintenance challenges companies have: reducing the time and cost spent on the maintenance process. Before maintenance is performed on a piece of industrial equipment, significant time must be spent finding information about the equipment, such as electrical schematics that should be attached to the equipment door but have been removed. By offering these schematics in AR, workers no longer waste time hunting down schematics and can, instead, start working on problem solving. This use of AR can potentially reduce maintenance costs by 50%.

Another added benefit is knowledge capture and transfer. As older employees are retiring; AR and VR technology can be used to capture their expertise in order to onboard and train new hires. As the industry grows, the use of AR and VR will become more easily adopted. Entertainment is still leading the way, but research indicates that by the year 2023, AR markets will reach $60B and VR is expected to reach $34B. That alone is an indicator that AR and VR is not a manufacturing industry fad.

AR and VR is here to stay. it’s great to see how forward-thinking manufactures have already begun to maximize the benefits of the technology while gaining an edge on their competition.