From 360 films to immersive installations 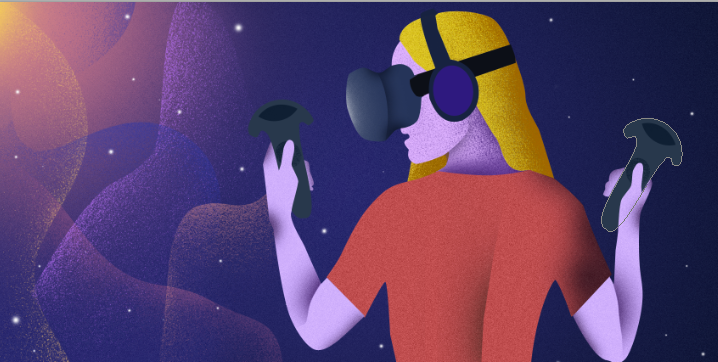 My journey in 360 video starts in 2015, I make a lot of institutional films before discovering a wider spectrum of immersive technologies. I discover and work in holograms, augmented reality, I do an artificial intelligence hackathon and I become passionate about virtual reality video games.

Originally I came from the theatre field, so 360° video fascinated me for the work as a staging director close to performance. Following an artistic residency organized by the French Ministry of Culture, I rebuilt the bridge between scenography and RV. Moreover, many museums ask for immersive installations that include a certain staging, we no longer just want to lock people in a helmet.

So I’m working on a digital installation with many immersive technologies about Vikings.

It’s quite difficult to describe my work because since I’m a freelancer (2018) I’ve become the Ali Baba of immersive technologies ^^ I’m as much a consultant, production director, artistic director of immersive installations and 360° documentary director. I made a film called FILAMU that runs festivals because I talk about Tanzania and the relationship Afro- Americans have with Africa, but in a humorous way.

Many people think that 360° video is already a dead medium, but the constraints it brings make me very creative. Also, financiers are trying to develop an economic model based on ticketing for LBE, they are looking for experiences that people cannot get at home: Installations with actors, complex games, simulators.

360° video is very accessible, and therefore its monetization is complicated. But personally I think it’s great because it opens up perspectives for people who are not very popular, there are 360 communities all over the world and their content are accessible, I can be immersed in India, Africa, Australia… And get access to so many visions of the world.

It’s still a very experimental field, but that’s what makes it so magical.

Currently I am producing a 360° web series project by director Marc Caro (Delicatessen, The City of Lost Children) I am working on the Viking project and I am in post-production of my second 360° documentary on Catholic seminarians in Lebanon.

To conclude, I try to write reviews about VR works, starting with those of the Venice Biennale.

My next goal would be to be a project manager, or involved in the creative process of an interactive animated film in VR, or a game, because as a user I love it, I was so impressed by Blood and Truth on PSVR.