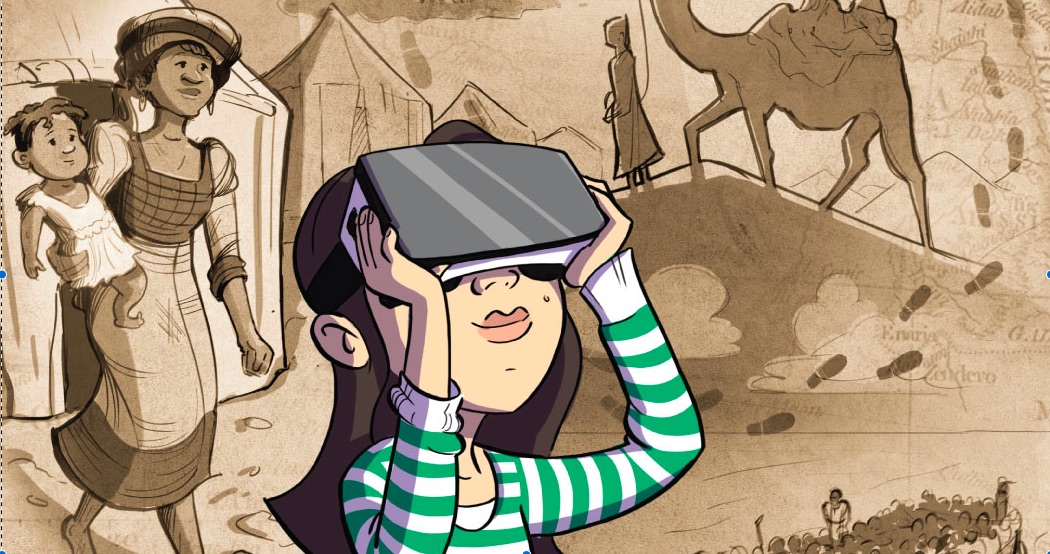 The other day, I came across a VR booth and two teenagers trying out applications there. They were wearing the latest sneakers;hip sunglasses and they had their Oculus Go VR headsets positioned on top of their heads like fashion accessories and giggling with their new toy. That might not be the intended use of a VR headset, but it made me smile. We’ve reached the point where virtual reality is not just evolving technically but also culturally.

What does that really mean? It means that we see all kinds of people having access to headsets or at least trying games, simulations, experiences, caves and other VR applications easily in shopping malls, arcades, theme parks, movie theaters and other similar public events.Now, more than ever, it’s important to grip these different kinds of audiences and create lasting impressions. Just when VR is reaching a wider audience, the lack of meaningful and lasting stories threatens to hold it back. It is vital that we focus less on spectacle — and shift our VR thinking.
The content we make for VR should not be seen as a product for onboarding diverse audience, but just like the canonical cinema from the past 200 years — which is still captivating, compelling, gripping and emotionally resonating with different kinds of audience. We should design VR content with a vision to be a part of the long-term virtual landscape.

It’s vital to put today’s VR technology into the hands of a more diverse group of VR storytellers tomorrow. While companies are definitely working to simplify the hardware and software used to make VR and spread it far and wide, so that it’s as accessible as possible — and that young kids, senior citizens, people in third world countries, or even refugees fleeing war can make and tell their own virtual stories; there is still a resistance to building and sustaining strong storytelling beyond games. The real challenge cited by funders is monetization. But is it real? We have to make a rich virtual universe of experiences comprising many voices and only then can we argue for a lasting and impactful experience in VR storytelling.

This starts with promoting the indie work that has depth, research and audacity, not only the latest and greatest technical innovations in the VR scene. We’ve seen that and failed. Now it’s time to learn from those lessons and try again. Ultimately, the future of VR is heavily reliant on the groundbreaking content we’re making right now. That content needs to be diverse and multi-layered, and it needs to leave a lasting impression on the different kinds of people with a new headset.We need to make a conscious effort for diversity, not as a buzzword — we need to normalize our content to be as diverse as possible.Diversity in content, diversity in thought and diversity of contributors, helps facilitate perspectives and opportunities that are of great benefit to audience- building in VR.

On a positive note, I had such a great weekend in Albion, California making 360VR Stories with Storycenter’s founder, Joe Lambert’s powerful vision leading an amazing and diverse bunch of poets, writers, scholars, filmmakers, archivists to create powerful visual narratives in VR. A whiff of fresh air.Such an effort breeds positivity and welcomes more and more people into the fold as the technology and experiences evolve over time. Let’s continue to build that!