Virtual Reality and Video are a Perfect Match 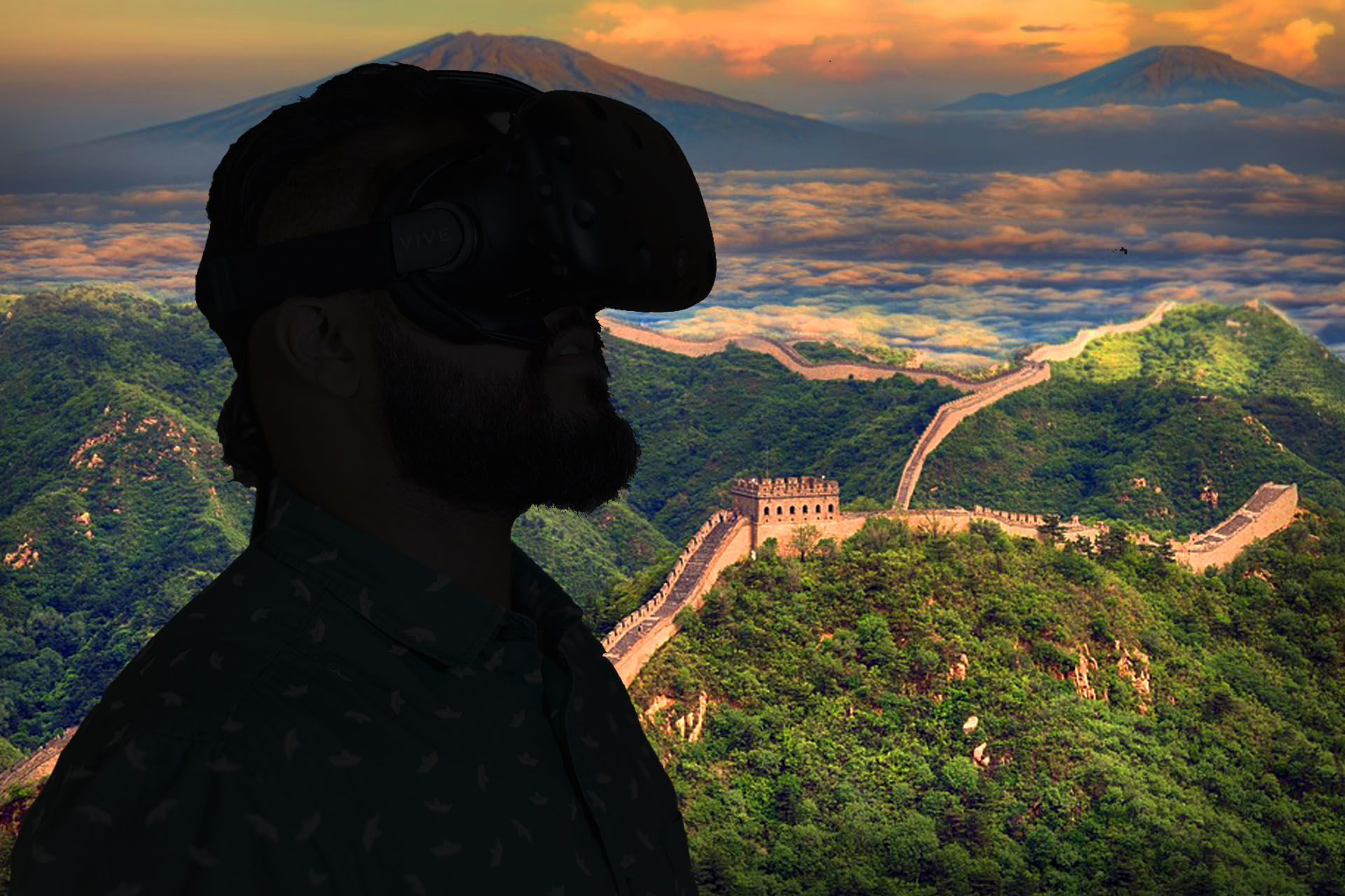 There is something magical about videos.

Videos, especially documentaries, can whisk you around the world and present you with new and unique experiences—something especially difficult to do during a pandemic. And since you are never too old to learn something new, videos are a fun way to continue life-long learning.

From the moment I landed my first job in a local TV station as a teenager editing video for the nightly news, I fell in love with the unlimited possibilities of video production. I feel the best videos not only educate but provide information to you in a creative way. So, it wasn’t long before I discovered different ways to combine music with information to make local events more entertaining. It was a skill that earned me an Emmy Award before I graduated from college.

Eventually, I left TV news to pursue my dream of producing documentaries. Soon, I was traveling up snowy mountaintops in Tibet and invited into the homes of the people who lived there. I interviewed the Californian physicist who invented the laser. I spent time on a farm in the Philippines witnessing how rice is harvested and was emotionally moved by the beautiful harmonies of singers in the Congo. It was an honor to produce these stories and share them with viewers back home. While traveling the world, I became aware of how incredibly powerful video storytelling can be and what a great vehicle it is to bring people closer together.

Five years ago, I had another experience that completely expanded my view of video storytelling. While at a routine medical appointment, I realized I left the paperwork at home. I quickly took out my smartphone to contact my doctor to fax the info. In my haste, my phone slipped out of my hand. I was horrified. I actually dropped my phone! I have never dropped my phone before–ever! When I picked it up, I was shocked to see a long crack across the screen. My heart sank.

Later, I went to the phone store with my poor injured device for assistance. As usual, I had to wait. Wandering around the store I spotted a Samsung Gear VR headset. Being someone who is fascinated with new technology, I couldn’t resist the urge to slip it on and see what virtual reality was all about. I was totally blown away! Suddenly, I was floating in space. A few seconds later, I was on a world tour seeing places I’ve dreamed of visiting. WOW! Mind blown.

For the first time ever, I wasn’t watching a video on a computer screen or television; I was actually much closer, transported into a world where the images were playing all around me. You have no idea how exciting that is for a devoted video producer. That experience kicked off an ongoing quest to explore virtual reality.

I joined several local virtual reality meet-up groups. I also bought a Google Cardboard compatible VR headset and used my smartphone to explore more videos. (By the way, that crack on my phone was on the protective cover and not on the actual phone, whew!)

A few years later, with the creation of the Oculus stand-alone headset, virtual reality took a giant leap forward. Smartphones and high-powered computers were no longer necessary to explore virtual reality. The images were more vibrant, and you had the ability to interact with them. Last year, during the beginning of the pandemic, sales skyrocketed. Social VR platforms like VRChat, Bigscreen, Alcove, and vTime brought us closer together during COVID isolation. Multiplayer games became a new way to make friends.
While VR gaming is getting a lot of attention from consumers these days, I hope you will take a little break from gaming, visiting RecRoom, and attending events at AltspaceVR to explore the growing amount of virtual reality videos and documentaries that are available. Here’s another good reason, most VR videos are free.

Here are a few VR videos I enjoyed watching with my Oculus Quest 2:

Mt. Everest, Journey to the Top of the World
You can feed your quest for adventure with this video series. The images are stunning, and you will feel like you are on top of the world—without freezing.
Oculus TV.

The People’s House
Go on a tour of the White House conducted by the Obamas when they lived there. The video includes parts of the White House that are off-limits to the public. Here’s a bit of trivia, Obama was the first president to appear in VR.
Felix & Paul Studios.

Traveling While Black
This is an award-winning VR documentary that tells the true story behind the Green Book, a travel guide for African American travelers in the ’30s-’60s. I was especially touched by the interviews that took place in a historic diner in Washington DC. This is one of the finest examples of empathic VR storytelling.
Download from the Oculus Store.

You can find more virtual reality videos by downloading Within and Oculus Video.
What I love about VR videos and documentaries is basically the same elements that first ignited my passion for video production only this newer form of storytelling is elevating video to an even higher level by completely immersing viewers in a story. These videos are even more creative, empathic, and educational than the videos I used to edit during my television and documentary career.

I still love traditional video production and I produce videos for social media but that first experience with virtual reality was my epiphany. Gazing into that Samsung Gear headset made me realize that video production can be more magical than I could ever imagine.

Today, I enjoy sharing my love for VR with others and my personal journey in the world of virtual reality is still evolving and growing. The next step for me is to plunge into virtual reality video production and create my own short VR videos and documentaries. Stay tuned. 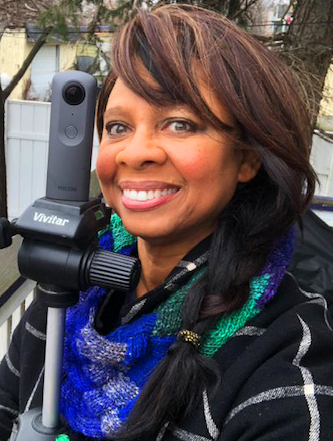 Jean Robinson is an award-winning video producer and former TV news reporter. She is currently the communications and multimedia specialist for a local public library. In addition to producing videos and creating virtual reality library programs, Jean introduces virtual reality to visitors at the local senior citizen center. She also enjoys sharing her enthusiasm for VR as a staff member at the Cleveland International Film Festival’s annual virtual reality exhibit Perspectives in Cleveland, Ohio.